I first heard Magatte Wade speak in the informational documentary, Poverty Inc. As a very articulate and educated African Entrepreneur who has lived in Europe and the US, she has tremendous insights to share. It would be very easy to tout all of the ways I agree with Ms. Wade as there are many. However, for the sake of this post, I will share some reflections on what I learned from this interview.

First, on the topic of climate change and how it impacts the global south. This is not my area of expertise, so I won’t give a strong opinion one way or another. I understand it’s a topic that can lead to great contention as various steak-holder interests are impacted from decisions relating to climate change and initiatives implemented to reduce carbon emissions for the good of the environment.

As a relatively ignorant novice, I will venture to share what I (at this point) think about the topic. I can’t speak to how restricting carbon emissions in the global south will increase poverty, but I respect Ms. Wade’s take on that. I do agree that restricting opportunities for people to advance their own interests is not ideal, and especially as it pertains to opportunities for people in developing nations to procure a reliable and sufficient livelihood. In the global north (where energy consumption and CO2 emissions are much greater), I see no harm in attempts to reduce our usage where possible. For example, I appreciate people who take care to compost their food scraps, re-use containers, are mindful of their water usage, or bike to work. In a nation with so many consumable goods accessible, it’s good for us to slow down and think about how we can minimize our consumption. From a capitalist perspective, I find it thrilling to see the various innovators who are teaming up and developing new products that are eco-friendly. Innovation is good for the human spirit and the global economy. Developing and bringing to market new products generates employment opportunities that not only allow employees to support themselves and their families but gives them a sense of purpose and dignity. To that end, I fully support innovative attempts to produce more eco-friendly products that will reduce CO2 emissions and reduce landfill waste.

However, if globally restrictions are put on usage of certain products that emit CO2 gases in nations that are struggling to overcome poverty, I see Ms. Wade’s point about that creating another barrier. Her point seems to be a valid example of Pareto Efficiency, which basically asserts that one party cannot be better-off without another being worse-off. I agree that restrictions like these imposed in the global south may lead to more regression than progress. I think, for example of the BRICS, nations that managed to emerge from being classified as underdeveloped to either emerging or developed economies by way of economic expansion. A common thread these nations have is that they capitalized on their resources, many of which were natural resources. The reality is that there is an opportunity cost for everything, and this is a prime example of that. Given that there are already plenty of barriers in the global south and as their consumption of energy pales in comparing to the global north, placing restrictions on this population, to me seems more detrimental than beneficial.

Second, I was intrigued to learn about the impacts of British common law vs. civil law that has been prevalent in western African nations that were colonized by the French. Again, this is not my area of expertise. However, the points mentioned in this interview further supports the realities that history matters and influences the present, and all “colonialism” is not equal. According to this interview, Ms. Wade asserts that building on common law is much easier than trying to build on civil law. This point was eye opening for me, and a topic that I have to learn more about. However, a point that was not mentioned in this discussion is the reality that many underdeveloped nations operate under the “rule of man” over the “rule of law” regardless of the nation’s policies. If governance and law enforcement are weak, people not only physically will be at risk, but their assets will be too. This is important for charitable or NGO leaders from the global north to recognize as they seek to engage people and help them progress.

In closing, I found this interview to be insightful and replete with numerous valid points on the barriers Africans face in pursuit of economic growth and presented valid arguments for why restricting Africans from pursing economic gains is unwise. Second, non-Africans who want to “help” should enter in with a desire to learn and listen before attempting to make any changes. Lastly, a “one-size fits all” approach doesn’t work in these contexts as laws, history, and culture are variables they play into outcomes of all actions. 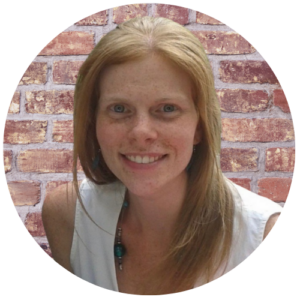 Founder and CEO of Emanate International

How Good Intentions Create Dependency and How to Effect Lasting Change

In this FREE webinar attendees will learn about how well-intentioned initiatives have actually increased poverty, and will discuss some ways this trend could be changed.